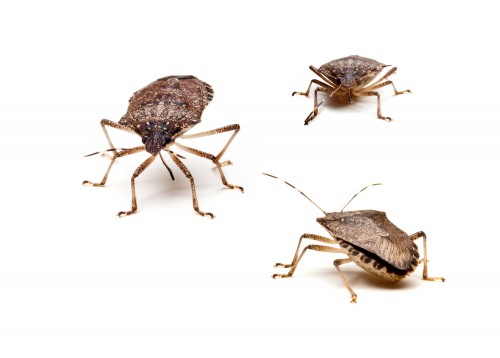 A. No. The brown marmorated stink bug does not have the physical capacity to sting or bite. Their only means of defense is their characteristic “stink”.

Q:  If the  stink bug doesn’t harm people or homes, why are they a pest problem?

A:  Besides being a pest to homeowners and tenants  the potential exists for the stink bug to become a significant agricultural pest in the east. In fact, severe damage to apples and pears has already been seen in parts of Maryland, New Jersey, Pennsylvania, and West Virginia.  However, the stink bug does not cause any significant structural or cosmetic damage to your home.

Q:  I have bugs in my home that look like stink bugs but they don’t smell, are they stink bugs?

A:  It is very possible you will not experience the characteristic “stink” of the stink bug. They will usually only release a smell when they feel threatened and people’s sensitivity to the smell varies.

Q:  What is the best line of defense against the stink bug?

A:  Do your best to prevent them from entering your home. Placement of screens over windows, doors and vents, removal of window air conditioners and caulking cracks in windows and door frames will deter the adults from entering.  The best way to eliminate stink bugs from your home is to vacuum them and dispose of the bag immediately.  Using a disposable hand vacuum works well also.