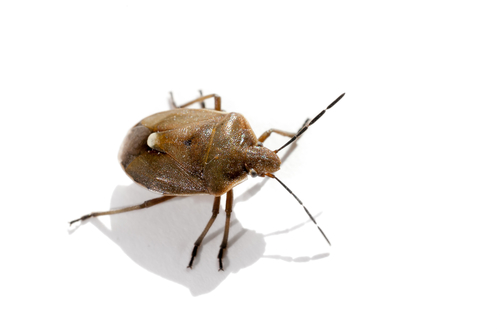 The cooler weather and stink bugs go hand in hand.  Now is the time to stop these pests from invading your home and being a nuisance to you well into the Spring.  These flying, crunchy, stinky bugs are NOT something you want as a long-term guest.

The brown marmorated stink bug was first released into the United States in Allentown, Pennsylvania, in 1996, according to Penn State University. The bug apparently traveled from northeast Asia in a shipping container that was delivered either to the port of Philadelphia or Elizabeth, New Jersey, and then trucked to Allentown. This insect has now spread to 44 states and has very large populations in Pennsylvania, Maryland, Virginia, New York, New Jersey, Massachusetts, Delaware, Ohio, and North and South Carolina, according to studies. It has also spread to California and Oregon allegedly via a car driven by a person traveling from Pennsylvania to California in 2005. 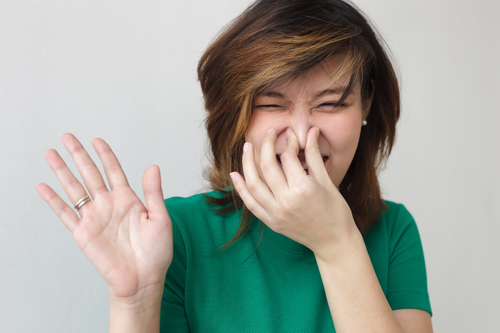 Regardless of who’s to blame for the sting bug’s existence in our area, they are here and VERY soon, they’ll be pushing to get inside your home.  As temperatures cool, they’ll begin to swarm near windows, doors and other cracks of  homes and other buildings seeking refuge from the coming winter. Once inside, the stink bugs enter a physiologically inactive state of suspended development – a hibernation of sorts. They emerge from this hibernation over a broad range of time, which explains why we see active adult stink bugs throughout the winter and early spring. A mass emergence occurs as daily temperatures and length of daylight increase, especially in mid- to late May. The ability of these stink bugs to survive is unfortunately quite remarkable. Their bodies are made tough and significant percentages of them will make it through to spring and then mate. You don’t want them in your home when they do that!

What is most unfortunate is that by the time the stink bugs emerge and REALLY get homeowners upset, their numbers and the fact that they’re ALREADY in your home makes them nearly impossible to eradicate.  Stopping them from coming in to get warm in the first place is your best solution to stopping the big issue that would occur in the Springtime.

Increasing temperatures linked to climate change are likely a cause for such an increase in stink bug populations and milder winters aren’t really helping out with pairing down the population.  The good news is, other than being incredibly annoying and having a pungent smell, stink bugs are pretty harmless to humans and animals. HOWEVER, if a great many of them get into your house in the Fall, you’ll be hard pressed to escape them throughout the winter and in the Spring, their numbers in your home may increase.

CONTACT Holistic Pest Solutions if you need a free consultation for a stink bug issue or for treatment of any pests; or give us a call at 434 842 1700.  Whether you’re in Charlottesville, Palmyra, Keswick, Ivy, Crozet, Earlysville, Greene, Madison, Waynesboro, or Staunton, Holistic Pest Solutions has the perfect plan for you that is mindful of your family and our Earth!