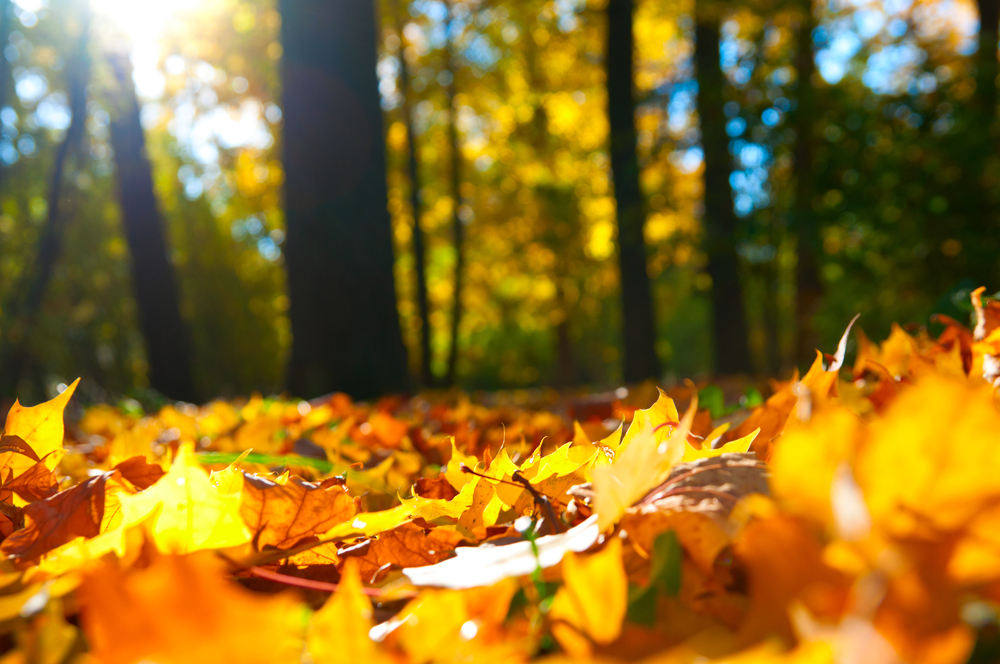 Believe it or not, fall pests are already starting to make trouble for homeowners in Central Virginia.  Pests are starting to look for a safe, warm place to call home during the colder late fall and winter months.

Holistic Pest Solutions is here to provide you with some information about controlling fall pests and how you can stop them from invading your home this season.

Insects like stink bugs, box elder bugs, spiders, and ladybird beetles are all common fall pests in Virginia.  They will enter into homes through small openings and seek out shelter behind walls, in crawl spaces, basements, and in attics and will remain throughout the winter months. These pests are not particularly dangerous, but are quite a nuisance to have in your home. They will crawl over your walls, furniture, and upholstery – leaving behind nasty splotches and stains if they are accidentally squished; and in the case of the stink bug, they can emit a horrible odor as well.

Your home may attract fall flies in search of heat – and if they are already overwintering, a warm day may bring them out of hiding.  After working all summer to create the largest nest possible, it becomes a struggle for stinging insects such as Yellow Jackets and Wasps to feed so many mouths with temperatures dropping and food sources dwindling. With the yellow jackets, paper wasps, and hornets they will soon create the last brood which will be queens. The queens will be inseminated now and abandon their hideaway in search of a place to overwinter. Under these circumstances, stinging insects may enter your home and settle in your attic, garage or shed.  Next spring, or on a wintery warm and sunny day, they become active and begin the search for a suitable spot to start a nest.

Prevent flies and stinging insects from ever entering by taking care to open and close outside doors quickly and only open windows that have screens.

Cool autumn weather may also bring ant trails indoors. During the warmer months, ants set up their network of nests outside and in walls to resource and utilize nature’s abundance. As the cold comes, they will pull this network from outside into the walls and other inside nooks. The network bides its time being active when a winter’s sunny day warms up space. When spring comes back around, part of the network resources outside but now they are in the walls also. And close to the kitchen. It will be very difficult to get them out again. Holistic Pest Solutions provides a service plan that delivers continuous service and lets us work on pest issues to keep them under control so they don’t rebound from the efforts and headway we made during the spring to fall.

Rodents are another very common pest that likes to take up residence inside of homes this time of year; and rodents can be both damaging and dangerous to have living in your home. Rodents will enter and find quiet spaces in your home to create a nest for the winter in; they will travel through your walls and into your kitchen and help themselves to your food. Along with stealing your food they will contaminate your kitchen counters, pantries, and drawers with their feces and urine; and can introduce dangerous diseases and bacteria into your home. They are also responsible for chewing through wires, pipes, insulation, drywall, flooring, furniture, clothing, and personal items.

We can all agree that insects and rodents do not make good roommates, but the question now is how do we prevent them from coming in?  There are some easy changes you can implement around your home.

Here are some things you can do around your home to protect it from fall pests:

Holistic Pest Solutions can also help with our year-round home pest control programs.  We apply long term solutions to your pest control needs year round!  Our pest control experts will help to eliminate and control fall and other common household pests now and throughout the entire year.

What Are Stink Bugs?

Native to Japan, Korea, Taiwan and China, Halyomorpha halys were accidentally imported to the United States in the late 1990s (first seen in Pennsylvania) and remain a significant pest to agriculture. They have since spread to 33 states, and are heavily noted in the state of Virginia.  Sometimes known as “shield bugs” because of their distinctive shape, they’re much more commonly known as “stink bugs.”

Yes, stink bugs really do stink. A tiny gland located on their thorax between the first and second pair of legs emits a liquid toxin with the pungent odor (described by some as similar to that of smelly feet) that is their primary defense. This odor acts as a repellent to birds or any other predator that might threaten the stink bugs—including humans.  Stink bugs release their odor when chased, picked up, or stepped on. If you have a lot of them in your house, the smell tends to linger (fortunately it can be eliminated by washing down the surfaces with ordinary soap and water).

Why Are There So Many Stink Bugs?

Stink bugs reproduce 4 times a year. Each time a stink bug reproduces, it lays between 20-30 eggs on tree and other plant leaves. Stink bugs undergo metamorphosis in three stages: egg, nymph and adult. The eggs are laid in groups on stems and the undersides of leaves. When nymphs emerge, they look similar to the adult stink bug, but may appear rounder rather than shield-shaped. Nymphs go through five instars before becoming adults, usually in 4-5 weeks. The adult stink bug overwinters under boards, logs or leaf litter. In some species, the nymphs may also overwinter.

With no natural predators in the United States, multiple reproductive cycles, fast development and an ability to travel easily (hitching rides on buses and in construction materials), the numbers of stink bugs have exploded, and they’re spreading fast across the country.

What Makes Stink Bugs Such A Nuisance?

While stink bugs are NOT known for biting, stinging, or carrying diseases, they will gobble up your fruits and veggies – and even your ornamental trees and shrubs. What’s even more annoying to urban dwellers is their propensity for moving in: when the weather gets cold, they seek shelter in detached homes and apartment and office buildings alike, sneaking in through cracks, screenless windows and any other openings. And because they’re resistant to most conventional pesticides and small enough to hide almost anywhere, once they’re in, they’re tough to get out. 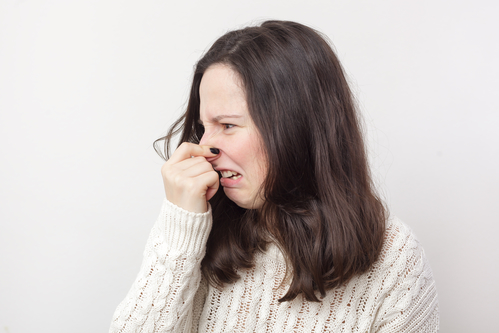 What Is The “Peak Season” For Stink Bugs?

Because stink bugs won’t reproduce indoors and their food is mostly outdoors, they won’t try to move into until it starts to get cold – usually around late September/early October. The insects sneak in through small cracks and openings in chimneys, door and window frames, air conditioning units, attic vents and holes in a home’s foundation. They hide out in toasty, dark spots during the winter, and emerge from hibernation late in the Spring. That’s when you’ll notice them become active again.  If you want to avoid Stink bug infestation in your home or office, the best time to get treatment is PRIOR to cold weather – September is probably the ideal month here in Virginia.

What’s The Best Way To Get Rid Of Stink Bugs?

Part of what makes stink bugs so difficult to control is the fact that they are resistant to many types of pesticides.  Holistic Pest Solutions can treat your home or business for Stink bugs utilizing very effective methods.  If you only have a few stink bugs here and there, you may be able to handle it on your own.  If you find them on your plants, shake them off into a bucket of soapy water – the soapy water keeps them from flying away. If you only find a few stink bugs in your home, vacuuming them up may be the best way to vanquish the little beasts, but be sure to use a vacuum with a bag that you can remove, seal up and discard when you’re done.  Flushing them down the toilet when they’re alive works well if you don’t want to smell them at all 🙂

Whatever you do, don’t smash them – not only do they smell bad, their distinctive odor attracts others of their kind. In addition to deterring predators, a stink bug’s odor sends a chemical message to other stink bugs, alerting them to danger. The scent glands also play a role in attracting mates, and even suppress attacks by harmful microorganisms.